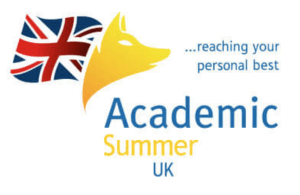 The highly sought after Get Ready for Medicine programme has been the pivotal moment which kick-started many young doctors’ careers.
In addition to enriching your medical knowledge they will aim to further develop your interpersonal skills including teamwork, leadership and communication– all of which are vital for a successful career in medicine.
We will take you on medical related field trips but you will also have the opportunity to join friends from the Academic Summer course for some weekday and weekend trips for more fun.

This intensive two-week, 40 hour per week course is tailor-made for aspiring medical students.

Our interactive and innovative program is designed and delivered by UK medical students who can share wisdom and advice based on their own personal experiences.

Opportunities include:
In addition to enriching your medical knowledge, we will aim to further develop your interpersonal skills including teamwork, leadership, and communication- all of which are vital for a successful career in medicine.

From London, you will explore the ‘real’ England, as well as visit some of the most popular tourist destinations.  The weekend excursions will take you to Oxford, Windsor, London, Cambridge, Shakespeare’s Stratford-Upon-Avon, Henry VIII’s Hampton Court, and Jane Austin’s Bath.  They will also indulge in some mega-fun times at the UK’s best theme and waterparks and places  of natural beauty including a day at the British seaside, a hike in a national park, water sports on a lake, and historical National Trust manor houses and much more.

Staying in London, you will be amazed by the London experience, exploring places such as the Houses of Parliament, London Eye, Downing Street, Bank of England, the Shard, Trafalgar Square, The Mall, National Gallery, Piccadilly Circus, Horse Guards Parade, Shakespeare’s Globe, Tower of London and many more.

This program doesn’t include sporting activities but in London, you will find all facilities that you can desire:

The course fee is fully inclusive and there are no hidden costs.